eFish-Med: EFCA´s support to a new virtual fisheries control academy for the Mediterranean

The European Fisheries Control Agency (EFCA) supports the EU project “Mediterranean virtual regional training academy on fisheries control and inspection (e-FishMed)", which has kicked off today in a first meeting with representatives from the participating countries, the European Commission and the consortium of the WestMed Assistance Mechanism.

The e-FishMed project will set up a virtual regional academy to support the fight against IUU fishing and the control of conservation and management measures in the Mediterranean Sea, especially those adopted by the General Fisheries Commission for the Mediterranean (GFCM) and the International Commission for the Conservation of Atlantic Tunas (ICCAT).

An e-learning platform will be at the core of the project, improving the effectiveness of training activities aimed to reinforce knowledge and competences of fisheries control and inspection staff. The virtual academy will contribute to harmonise fisheries control and inspection activities and foster cooperation and exchange of best practices between northern and southern Mediterranean countries. The project will also contribute to create the conditions for a sustainable Blue Economy in that area.

Financed by the European Union with 1 million euros through the European Maritime Fisheries and Aquaculture Fund (EMFAF), e-FishMed is implemented by EFCA and will last three years. Algeria, Libya, Mauritania, Morocco, and Tunisia will be the beneficiaries of the project and the initiative will be technically supported by France, Italy, Malta, Portugal, and Spain. In the future, the project could be extended to other Mediterranean countries.

"The e-FishMed project will be catalyst for a stronger cooperation on fisheries control and sustainable blue economy in the Mediterranean region. It represents another example of EFCA added value in contributing to a culture of compliance by fostering an efficient and uniform implementation of the rules, in particular those adopted by GFCM and ICCAT", said Susan Steele, EFCA Executive Director. 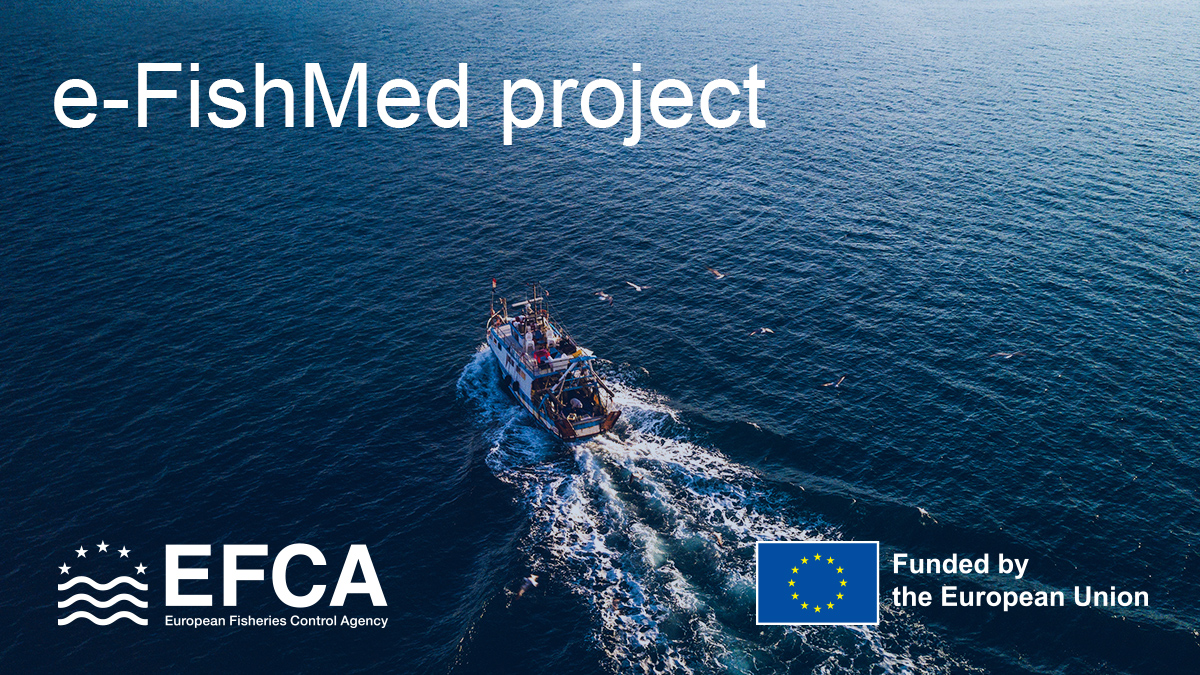 EFCA is a European Union agency that promotes the highest common standards for the control, inspection, and surveillance under the Common Fisheries Policy (CFP). EFCA was established to organise operational coordination activities by the Member States and to assist them to cooperate so as to comply with the CFP rules in order to ensure its effective and uniform application. EFCA also supports non-EU countries in the framework of EU funded capacity building Projects.

The added value of the work of the agency lies in its contribution to sustainable fisheries by enhancing compliance with conservation and management measures and to a playing field for the fishing industry.