The EFCA coordinates the implementation of the SCIP that was established for fisheries exploiting cod, plaice and sole in the Kattegat, the North Sea, the Skagerrak, the Eastern Channel, the waters west of Scotland and the Irish Sea. The encompassing objective of EFCA assistance to the Member State concerned is to ensure the uniform and effective implementation of the conservation and control measures applicable to stocks of cod, plaice and sole in the NS SCIP area.

In order to meet the objective of the uniform and effective application of conservation and control measures rules in the NS SCIP area, the EFCA provided, in collaboration with the Member State concerned, a specific organisational framework for operational coordination of control activities in this area, known as a joint deployment plan (JDP).

The North Sea JDP (NS JDP) has been operating since 2007 with the participation of Belgium, Denmark, France, Germany, Ireland, the Netherlands, Sweden and the United Kingdom which collaborate in the implementation of these conservation and control measures through activities that are carried out each year, on a permanent basis, in the framework of the North Sea joint campaigns.

The North Sea joint campaigns are planned, implemented and assessed each year in close cooperation between the Member State concerned and the EFCA, at the regional level, to ensure the achievement of the compliance with the conservation and control measures in force for the species covered by the NS SCIP.

Furthermore, the EFCA pays special attention to the establishment and application of best practices in all aspects of joint control operations. To this end, the EFCA works closely with the Member State concerned in various experts’ groups, at seminars for staff of fishery monitoring centres and at workshops for inspectors. An additional level of assistance is provided by EFCA coordinators on their missions to the Member State concerned.

The NS JDP organisational arrangements guarantee the high level of transparency, uniformity and effectiveness of control operations through the establishment of permanent exchange of operational information, the application of risk management strategy at regional levels and close cooperation of the Member Sate concerned in the enforcement of conservation and control measures. 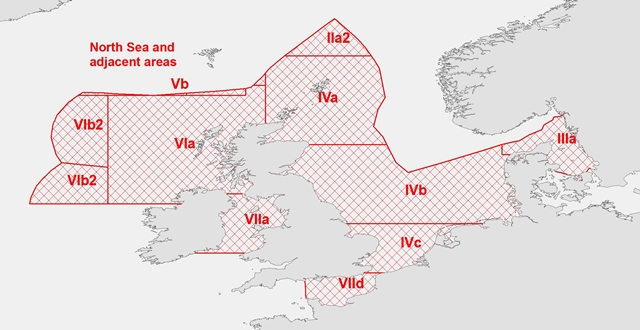