The European Fisheries Control Agency (EFCA) is coordinating the European control campaign for bluefin tuna in the framework of its Joint Deployment Plan (JDP). In this context, Member States (MS) pool their control and inspection means to jointly implement control, monitoring and surveillance activities.

The objective of the control campaign is to ensure compliance with the international and EU rules adopted for the conservation of the bluefin tuna. In this framework, EFCA has been also assisting EU MS in the training to their national inspectors in preparation of the campaign.  This activity is bringing together Member States, the European Commission and EFCA, and counts on the resources of the eight Member States involved in the fishery – Croatia, Cyprus, France, Greece, Italy, Malta, Portugal, and Spain –. Inspection and surveillance at sea is carried both in EU waters and international waters and applies to EU and non-EU vessels.

The joint control, inspection and surveillance activities are coordinated through EFCA coordination centre with the participation of experts from the eight Member States involved in the fishery. Overall, inspection and surveillance strategy and daily recommendations are provided on the basis of the data and information received by national authorities and ICCAT in the context of the Joint Scheme of International Inspection. 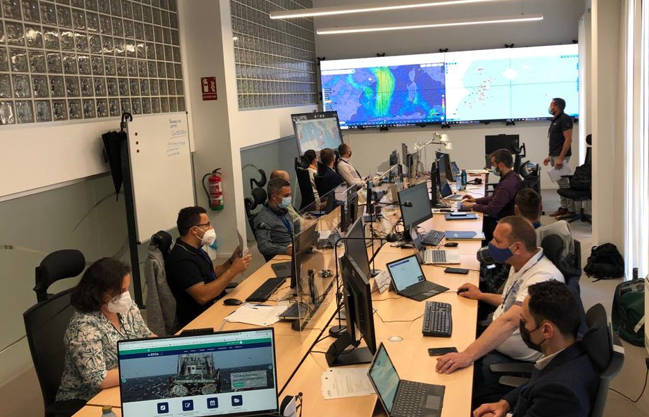 EU fleet accounts for 66 active purse seiners and hosts bluefin tuna farms in three Member States. On 26 May the bluefin tuna purse seiner fishing season starts for the capture, live transport and caging for farming purposes of this species. 192 purse seiner vessels flying EU and third countries flag will be operating until the 1 July in the waters of the Mediterranean Sea. This species has been subject to new management and control measures adopted in 2021 by the International Commission for the Conservation of Atlantic Tunas (ICCAT) and the fishery is subject to Joint Scheme of International Inspection in international waters.

In line with ICCAT Recommendation 21-08, the purse seine fishing for bluefin tuna shall be permitted in the eastern Atlantic and the Mediterranean during the period from 26 May to 1 July, with possibilities for extension upon ICCAT Contracting Parties request. Fish will be caged for farming purposes before 22 August and no later than 7 September 2022.

EFCA is a European Union agency. The agency’s mission is to promote the highest common standards for control, inspection and surveillance under the Common Fisheries Policy (CFP). The EFCA will function at the highest level of excellence and transparency with a view to developing the necessary confidence and cooperation of all parties involved and, in so doing, to ensure effectiveness and efficiency of its operations. EFCA also supports the European Union in the international dimension of the CFP.